Another private aviation company is about to change ownership.

Wuxi Communications Industry Group Co said on Tuesday that it signed an agreement with Yunnan Jincheng Group Co regarding the equity transfer framework of Ruili Airlines.

Approved by regulator in May 2013, Ruili Airlines started business in May 2014. At the end of June 2020, it had 20 aircrafts, flying 74 routes, covering 43 domestic and foreign cities. 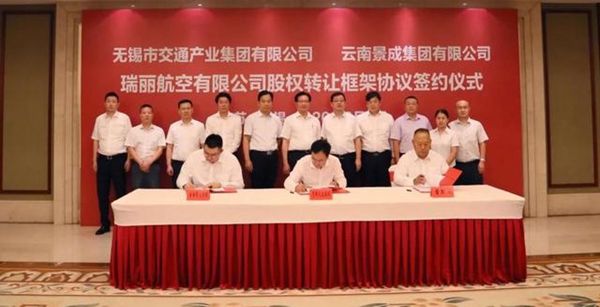 The agreement has not released the specific shareholding structure of the airline, and there has been no any decision about where the headquarters will be.

According to the notice posted on its official website, Wuxi Communications Industry Group said owning a local airline is of special significance for Wuxi, East China's Jiangsu Province that will accelerate the development of an aviation hub and achieve high-quality development of the hub economy.

Almost no new charter airline has been approved in recent years, as the regulator aims to improve the level of safe operations. Many local governments want to own an airline to develop the local economy, Lin Zhijie, a civil aviation industry watcher told the Global Times on Tuesday night, adding that many small airlines are considering changing ownership.

For small and medium-sized airlines, it is not easy to make profit due to insufficient resources and high operating pressures. And once it enters a downward cycle caused by high oil prices, weak exchange rates and low demand, mergers will be inevitable, said Lin.