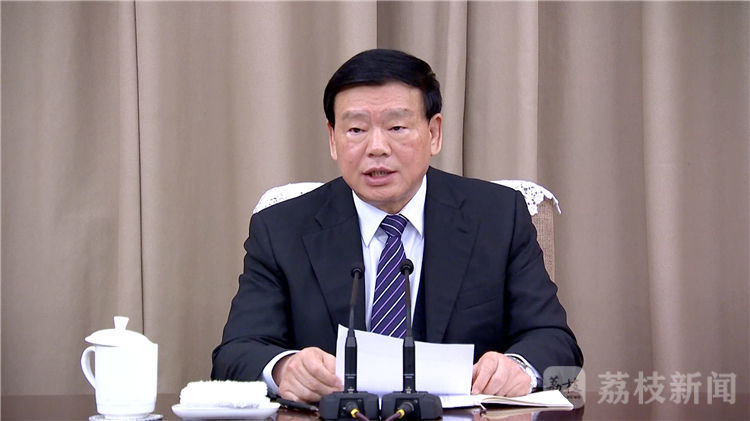 Top leaders in east China’s Jiangsu province watched on Monday the live broadcast of the fourth plenary session of the 19th Central Commission for Discipline Inspection of the CPC. Lou Qinjian, secretary of the CPC Jiangsu Provincial Committee, made specific requirements for the implementation of Xi’s speech at the plenary session. 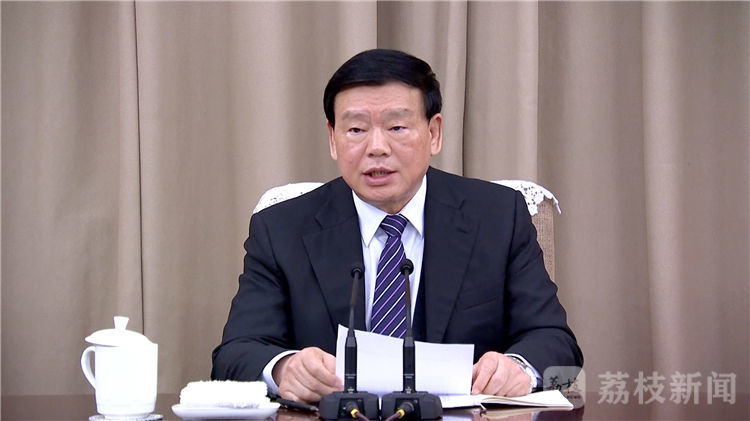 Lou Qinjian pointed out that since the 18th National Congress of the Communist Party, General Secretary Xi Jinping has issued a series of important expositions on the comprehensive and strict governance of the party.

He said the important speech made by General Secretary Xi Jinping at the Fourth Plenary Session of the Central Commission for Discipline Inspection, standing at the strategic height of the overall development of the party and the state, summed up the historic achievements of comprehensively and strictly governing the party in the new era, put forward clear requirements to promote the modernization of the country's governance system and capacity for the sake of comprehensively and strictly governing the party.

Party organizations and party members and cadres at all levels in the province should take studying and implementing the spirit of General Secretary Xi Jinping's important speech as a major political task, and deeply understand the importance of comprehensively and strictly governing the party to consolidate the party's ruling position and the significance of achieving the two centenary goals, said Lou Qinjian.

The CPC Provincial chief demanded that Party organizations and party members and cadres at all levels in the province should come to be aware of the new requirements of the new task set forth by the party to strictly govern the modernization of the national governance system and governance capabilities, and unify the thinking and actions in line with the decision-making policies of the central government, unswervingly fight corruption and punish evil forces and continuously purify the political ecology and provide a strong guarantee for the construction of the new Jiangsu.

Lou Qinjian pointed out that we must resolutely promote the thorough and strict governance of the party in the spirit of self-reform, closely follow the spirit of General Secretary Xi Jinping's important speech and the decision-making requirements of the Central Commission for Discipline Inspection, and take political construction as the primary task and persistently arm the mind with new ideas so as to strive to build a long-term mechanism of staying true to the Party’s founding mission from the political height of strengthening the four consciousnesses and the four self-confidences, safeguarding the authority of the CPC Central Committee and getting united around the centralized and unified leadership the CPC Central Committee with Comrade Xi Jinping as the core.

He remarked that it is important to improve and perfect the supervision system, promote disciplinary supervision and administrative supervision, promote the organic integration of supervision within the party, establish an effective mechanism to regulate the operation of power, and maintain system authority through strict discipline.